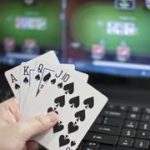 In what has to be one of the most shocking things ever stated by an online gaming company, PokerStars CEO Rafi Ashkenazi implied in a recent interview with Bloomberg Business that PokerStars no longer welcomes winning players onto its site.

The move comes on the heels of the company’s H1 2017 financial report stating that its poker business is in severe decline, tumbling 6% year-over-year even after accounting for currency exchange fluctuations.

PokerStars’ H1 results show growth outside of its poker business, including their casino and sportsbook offerings. Profits in these verticals are increasing, carrying the poker vertical on their backs:

However, some industry analysts are skeptical that the company can continue to enjoy strong growth in these areas, given the fact that their product offerings are largely considered inferior to more established bookmakers in key growth areas such as the UK.

Despite this, PokerStars – owned by Toronto based Amaya gaming – executive management are in fact increasingly unconcerned with its declining poker revenue, going so far as to say eliminating “winning players” is actually its top priority – not improving experiences for players – even as revenues nosedive:

“We were starting to have too many professional players,” said Severin Rasset, Amaya’s director of operations and innovation.

This seems to have caused the reorientation towards other games – presumably where executive management believes they will find fewer winning gamblers.

This has left many industry analysts also scratching their heads about the wisdom of a company built around its poker room seeming to not care about its struggling performance, a clear decline in players, and a steep drop in online poker revenue that only threatens to exacerbate itself in the future:

“The volumes of play on PokerStars are declining, less players enter the tournaments. That should not bode well for revenue,” said Dimitry Khmelnitsky, an analyst at Veritas Investment Research Corp., which is also based out of Toronto.

Overall, poker now only accounts for two-thirds of PokerStars’ sales, with all signs pointing to increasing declines in that number in the near future.

Will the company be able to find a way into the highly competitive online casino and sports betting markets it now sees as its focus? Only time will tell, but given their stated dislike of winning gamblers, they are certainly facing an uphill climb.