PokerStars Increasing Speed of Play at Its Poker Tables 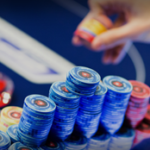 PokerStars – the most popular online poker room in Canada – has announced it will be shortening the amount of time players have to make decisions while playing. The new time to act will be 12 seconds pre-flop when there is no raise, and 15 seconds for all other decisions – down from 18 seconds and 25 seconds, respectively.

For now, the changes will only be put in place at the $0.01/$0.02 No-Limit Hold’em and Pot Limit Omaha tables. If they are successful and ultimately prove to be popular with the majority of players, the changes will be implemented at additional betting levels at some point in the future:

The explosion of online poker’s popularity in the last 10 years can be largely traced back to the unique nature of the game. No other online casino game allows you to wager in a battle of wits against other human players. For that reason, players worldwide have flocked to the virtual tables seeking a thrill and the challenge of competition.

However, the nature of poker as a skill game has also led to some players taking a very long time to make their decisions. In recent years, this has led to complaints from other players that the pace of gameplay has slowed down to the point where the gaming experience is no longer fun.

Unsurprisingly one of the most common complaints we receive is about opponents taking forever over the simplest decisions… even going into their time-bank just to fold pre-flop!” PokerStars said on its blog discussing why the changes were being implemented.

A Step In The Right Direction

Like any change, there are sure to be some players that will take exception. But overall, PokerStars believes that they will be warmly received by enough players to be warranted:

“We seek to keep our games fun, exciting and engaging for all players but appreciate that there may be some players who are upset with the new pace of the game. However, we are confident that this is a big step in the right direction for the vast majority of players,” the PokerStars blog said.