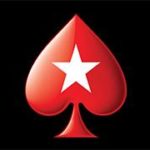 PokerStars, a subsidiary of the Toronto based The Stars Group (formerly Amaya Gaming), has received the green light from regulators in several key European countries to begin sharing liquidity across national player pools in the coming weeks.

Although shared poker liquidity pools have already existed for some time in Europe, they have only been comprised of small market Eastern European countries. Adding big, Western European markets such as France and Spain had been on operators’ wish lists for a long time.

The move is being haled by analysts as a return to reason after years of European regulators within the various nations insisting on protecting their own fiefdoms. It’s been widely known in iGaming circles that such a protectionist model drove players to unregulated sites and harmed overall revenues for governments and gaming operators alike.

Governments themselves however, were slow to get the message. But after years of decreasing revenues for poker operators (especially in France) and mounting evidence that protectionist measures were simply driving players to unregulated sites, regulators finally wised up to the realities and decided to make the change in policy.

“The possibility of liquidity with players from other jurisdictions through environments that are safe for Spanish users, in games such as poker for which the mass or depth of the shares is an important element, increases the variety and innovation and therefore the consumer choices, reinforcing the regulated online gaming market and with it its social sustainability,” Spanish regulator Dirección General de Ordenación del Juego said in a statement about the changes.

Italy, Others May Be Added Later

For now, the new agreement will only cover the French and Spanish markets.

However, regulators in Italy and Portugal have also been in talks with their French and Spanish counterparts. While there doesn’t appear to be any immediate plans to join the agreement, that could change in the future. The hope is that after the new agreement proves that tax revenues increase as protectionist barrier fall away, both countries will want in on the action.