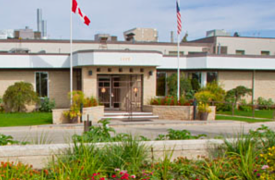 Canadian gaming and online gambling company, Amaya has signed an agreement with Winnipeg-based Pollard Banknote, regarding the purchase of the shares of INNOVA Gaming Group.

INNOVA announced earlier the company had received an offer from Pollard Banknote to buy all of the unpaid shares, with the proposed price of $2.10 per share.

Another announcement soon came, this time by Pollard Banknote and Amaya, which stated that the two Canadian sides had signed the Support Agreement. In accordance with this agreement, Amaya – the indirect owner of nearly half of the Pollard Banknote targeted shares – agreed to support the aforementioned purchase.

Amaya indirectly owns more than 8 million shares, which is 40.45% of the unsolicited shares, whose value depends on the annual profit of the company itself.

The Whole Deal is Far From Completion

Although INNOVA didn’t receive a copy of this agreement, the company’s board of directors had already formed a committee to review the proposal and to suggest further actions.

However, none of these steps imply the proposal must result in an official offer, or if it does, that such an offer will result in a transaction.

The Quebec gaming company, Amaya was founded in 2004 and quickly established itself as one of the leading providers of global gaming products, with offices in North America, Latin America, Europe and Asia. In 2014 the company bought PokerStars brand for nearly $5 billion, which made it the world’s biggest publicly listed online gambling company.

The PokerStars brand is the world’s most licensed online gaming brand, with licenses in 17 different jurisdictions.