Brittany Hammell from Prince George has never dreamed that she too would become one of those lucky people whose lives changed in a split second, after an impromptu visit to her local Treasure Cove casino.

A spin was all it took for Hammell to walk out the venue feeling like a million (Power)bucks – or, $1.06M, to be more precise! 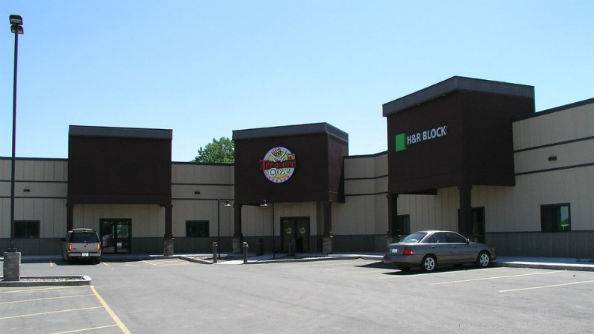 The PowerBucks slot seems to be on a roll in the past few weeks, and Hammell is the second winner this summer. In July this year, Marlyne D., another Prince George native, won an amazing $2,152,860.83 in the very same casino, which is the highest slot jackpot ever to be paid out in Canada.

So far, a total of 12 players have managed to trigger PowerBucks jackpot, two of which claimed the maximum prize in the same week (July 2017). One of the winners, Chantal B, won her $1M on an $80 bet, while the second winner, Jules Parent, was quite shocked to learn that he was actually entitled to $1,222,069 instead of “just” $222,069, as he originally thought.

Hammell, who got her share of good fortune playing Wheel of Fortune Hawaiian Gateway slot, plans on spending a portion of her money on a house.

The slot is available in both land-based and online casinos for Canadians, seeding at $1,000,000.

At the moment, the PowerBucks network includes PowerBucks Arctic Gems, PowerBucks Wheel of Fortune Hawaiian Getaway, and PowerBucks Power Hits slots, with more games lined up for the future.

The static $1M amount can be won on the $0.50 – $2.99, while higher stakes will place the players in the race for the progressive jackpot.

International Games Technology (IGT), is a Nevada-based software and gaming cabinets provider, founded in 1975. Over the years, IGT has become one of the leading end-to-end gaming companies, with more than 12,000 employees.

The impact of IGT to global gaming trends has been recognized many times, and the company has won an impressive number of industry awards.