Quickspin releases around one game every month. They are always very well designed and feature exciting gameplay. The game developers have received praise in recent times for Northern Sky, Volcano Riches, and Pirates’ Charm. However, Quickspin’s latest release may become the most popular yet. In Canada, if there’s one thing that gamers prize over gameplay and graphics, it’s winning potential. Quickspin released Eastern Emeralds in the middle of July, and it’s already earned a massive fan base in Canada. This was to be expected, seeing as it boasts a 1680x bet win multiplier.

One of the highest in the industry 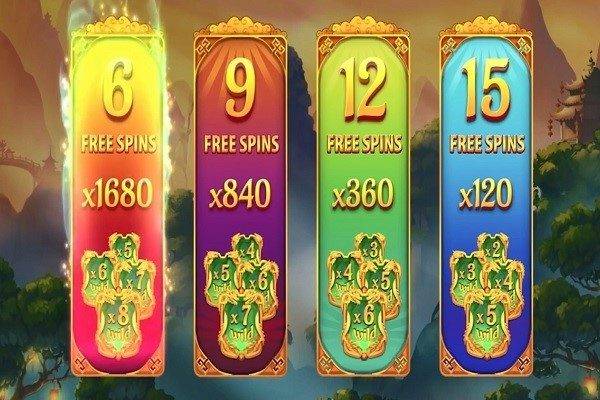 The still quite small game provider has pushed the boat out with Eastern Emeralds. The game boasts a beautiful Asian wilderness setting and golden dragons. It gives players a sense of good fortune as soon as they click on the tile. Eastern Emeralds also delivers multiplier wild symbols and scatter symbols. The scatter symbols trigger the Destiny Bonus. Within this bonus, spinners select from four different free spin options. Selecting the 15 free spins option offers a 120x bet win multiplier. At the other end, the six free spin option offers the massive 1680x bet win multiplier. Quickspin CEO Daniel Lindberg says that they were inspired to create the game. He says that the symbols of ancient Asia made them want to make such a beautiful slot. On top of this, their highest-ever multiplier shows their commitment to the fans. They want it to be a unique offering as well as an attractive looking one. Quickspin has certainly achieved its two goals in this game. Multiplier wilds alone spell big winnings to slot players in Canada. Now, at online casinos such as LeoVegas, they can also spin for the gigantic win multiplier. The ancient Asian theme is also one of the most popular at online casinos in Canada. While the unique scenery of Northern Sky was incredible, ancient Asia has proven to be one of the online favourites. So, with a fantastic theme and huge winning potential, Eastern Emeralds is expected to be a big hit.

At the end of June, Quickspin held an ice hockey event in Malta. The tournament held for friends and partners saw Gaming Innovation Group leave as champions. Betsson Group came second. At online casinos, there is a great lack of ice hockey games. Hopefully, this shows Quickspin’s love of the sport. If so, it could potentially lead to a modern ice hockey slot game arriving in Canada. Quickspin continues to prove that it’s an innovative and exciting game producer. With Eastern Emeralds out now, players in Canada will be swarming to get their hands on the 1680x multiplier. Sink some free spins and bonus money into Quickspin games at Casumo and Guts!   Gaming Intelligence: http://www.gamingintelligence.com/games/48269-gi-games-round-up-quickspin-nolimit-city-and-more   Quickspin: https://quickspin.com/slots/eastern-emeralds/ iGaming Business: http://www.igamingbusiness.com/press/quickspin-introduces-highest-ever-multiplier Quickspin: https://quickspin.com/news/quickspin-hockey-league-2018/