On May 8, Quickspin released their latest slot. It didn’t take long for the players of Canada to flock to it.

Pirate’s Charm has earned itself a huge audience in Canada. A little over a week since its release, the swashbuckling game is still going strong in Canada. Many other Quickspin games have become very popular in Canada. Pirate’s Charm appears to be becoming yet another in the long line of popular games by Quickspin. 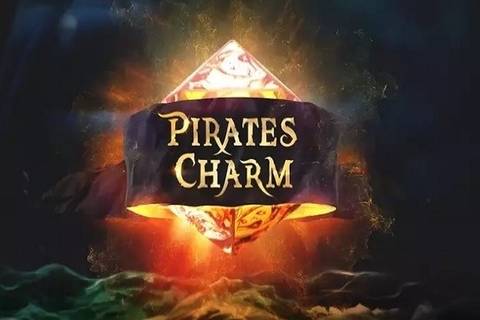 You join a ship of pirates as you set sail from the harbour in search of the fabled Pirate’s Charms. On the open seas, you must navigate your way on five reels and three rows. While there are many high paying symbols, you seek the scatters.

The black-sailed pirate ship is as your scatter bonus symbol. Land three in one spin, and you’ll get your seafaring hands on ten free spins. But the fun doesn’t end there. For every reel covered in mystery charms during free spins, you’ll get another two free spins.

Further uncovering the secrets of Pirate’s Charm, you can get respins. Landing the mystery charms in free spins will then trigger the Mystery Charms Respins Feature. This feature locks the symbols in place for the respin.

It’s described as Quickspin’s darkest creation by CEO Daniel Lindberg. He says that it’s very different to their other games, which adds portfolio depth. Lindberg further praises the incredible graphics that bring the game to life.

Online casinos like Betsson and Casumo placed the game on their virtual shelves upon release. They are still reaping the benefits of Quickspin’s huge fan base in Canada. Pirate’s Charm is quite different from the likes of Volcano Riches and Pied Piper. Regardless, it is still a very popular game. This shows the incredible draw of Quickspin despite not yet being one of the biggest names.

Just as April came to a close, Quickspin announced its new slot tournament feature. The tournaments will offer event-oriented rewards and prizes. Made in partnership with Competition Labs, they are aimed at adding another level of interactivity.

In the tournaments, players can earn points by spinning in certain symbols. Players can also follow real-time standings and progression on in-game leaderboards. The customization options allow for operators to utilize them in line with their promotion plans.

With a great new game and tournaments on offer, Quickspin is becoming even more popular. In Canada especially, Pirate’s Charm is set to maintain its fan base.

Get yourself a bonus at Guts and Unibet to enjoy on many Quickspin games!