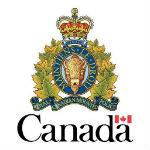 The RCMP has broken up an illegal online gambling racket that was making a London, Ontario man and his partners as much as $1,000,000 per month.

It’s believed that the operation had ties to organized crime, and was tangentially responsible for a tragic shooting that paralyzed a Toronto woman in 2004.

The huge sums involved, the links to organized crime, and the use of offshore resources to make it all happen has made this the largest investigation into illegal online gaming in the history of Canada.

The ring-leader of the gang, David Hair, has pleaded guilty to ‘bookmaking for a criminal organization’ will pay $3m in fines in addition to spending two years behind bars for his activities. Currently, he is out of prison after posting a $400,000 bail price.

Hair’s illegal bookmaking operation was run via servers in the nation of Costa Rica, and consistently profited as much as $1,000,000 per month from punter’s action. It’s estimated that his company made as much as $103m from 2009 to 2013.

All told, nine different homes and organizations were targeted by law enforcement. In the end, they were able to seize $2.5-million in cash from the illegal activities.

The RCMP took the case particularly seriously not so much for its online sports betting component as for the aspect of organized crime involved.

Organized crime poses a particular threat to the public due to its propensity to spill over into violence. A tragic reality already brought to bear via the tragic 2004 shooting. A need to protect the public from the types of activities brought about in these cases made it particularly important to the RCMP.

For Canadian online casino players especially, this story is just one more cautionary tale speaking to the importance of only playing on regulated sites. Playing on unregulated operations always runs the risk that you are contributing to a serious safety problem in your own neighborhood.