Money laundering is the big black mark that has stayed looming over the Canadian gambling industry. The spectre in the sky. The skeleton in the closet that just won’t go away, and, well, it really hasn’t. These days it seems like every week we are reading details of somebody’s great plans to combat the spread and influence of money laundering in Canada, and every week we have some other news story that shows this hasn’t happened.

Provinces have even taken the step of introducing new websites in the hopes of getting anonymous tips about money laundering. But, it really does seem like some person (or persons) in a position of power might be involved because probes into money laundering seem to collapse just as they are reaching a conclusion. Well, for those who thought we’d won the battle, events in Richmond this week show we are losing the war.

Indeed, the Royal Canadian Mounted Police arrested a man this week with possible/probable connections to money laundering. The unnamed man had C$100 bills in his pockets totaling C$10,000, as well as a couple of iPhones. This points to the very real possibility that money laundering might still be a thing in British Columbia, and possibly beyond as well.

It is clear that this man was planning to engage in some sort of illegal or criminal activity, but how far the rabbit hole goes is anyone’s guess. This is hardly the first incident in B.C. to involve the possibility of money laundering, and a damning report last year suggested that more than C$2 billion in dirty money had been flowing through casinos in British Columbia. 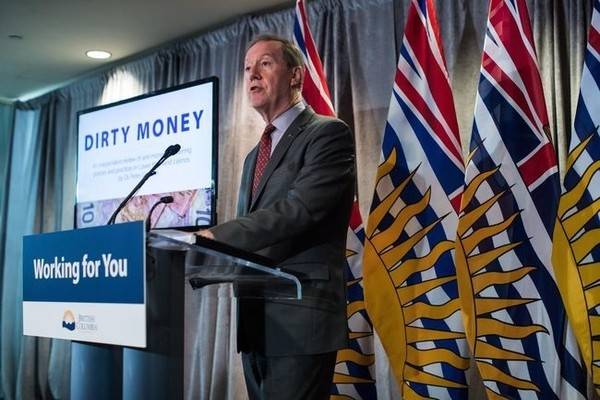 The court documents surrounding this incident cast even more doubt on the province’s ability to deal with money laundering. There have been a slew of incidents over the past year or so, just in B.C., and this illustrates a much deeper problem than we first thought. And, the most disturbing part about it all is that there is a belief that casinos and their employees might be directly involved as well. Last year there was a report that two employees had been arrested at River Rock casino in Richmond for being caught up in money laundering.

It is clear that criminal activity is alive and kicking in British Columbia, and this is something that the authorities need to work on. B.C. recently introduced a new law in a further bid to fight against money laundering, but how effective this will wind up being remains to be seen. But, at least they are taking steps in the right direction to deal with this as much as possible.

Money laundering is not an issue that is restricted solely to casinos, but there is a definite casino problem that needs to be addressed. And, by cutting off the head of the snake, it is much easier to stop the spread of money laundering beyond the scale we have already seen.