Could there be a C$70 million casino project in the city of Delta by 2020? Well, that is the hope of the local council, not to mention Gateway Casinos and Entertainment Ltd who are planning the project. The Canadian gaming giants have plans to build the Delta Cascades Casino and hotel complex in Delta at the Town & Country site, and the move has already gotten approval from Delta City Council.

It is hoped that the move will be incredibly positive for the future of Delta, and that the project will bring much more money into the area. In fact, Gateway Casinos have projected that the development would pay dividends for the city of Delta, bringing in up to C$3 million annually for the city. It is also thought that the opening of the casino would bring employment for around 700 people as well. This all sounds terrific, but it is not something that everyone in B.C. is getting behind.

In fact, it seems that Malcolm Brodie, Mayor of Richmond is staunchly opposed to the move. While Bruce McDonald of Delta Council claimed that the benefits of the move were “too good to pass up,” it seems that Brodie has a different opinion. He believes the problem lies not in the development itself, but in the location. Speaking to the Delta Optimist, Brodie detailed the notice of objection, and suggested: “… that they take a look at it some more, and the process would lead to a rethink.”

The application must still receive civic approval before work can go ahead, and it seems likely Brodie will fight until the end to prevent the project or at least get it moved. It is a delicate situation, as Lower Mainland cities in Canada have benefited a lot in the past decade, raking in large revenues from casinos and high rollers. It seems like an injection of cash would certainly be helpful for the city of Delta.

However, Richmond’s staff report detailed a number of concerns about the project, and what might happen if it went ahead. Specifically, they worried about a potential increase in crime, concerns about traffic, poor transit options, and lack of access for pedestrians into the area. There are also grave concerns about the negative impact on farmland in the area as well. An objection has been filed with the B.C. Lottery Corporation, who will deliberate over 30 days before making a decision. 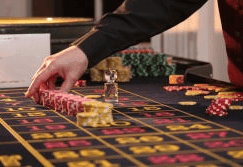 One of the biggest concerns surrounds the possibility of increased crime, especially after reports of money laundering through B.C. casinos. This is of particular concern following the recent probe into the links between Great Canadian Gaming, and a Hong Kong business tycoon accused of corruption and money laundering! This is something that nobody wants for the area, so it is definitely an issue that is a major concern for many inside the Mayor’s office.

If approved, work will begin in Ladner this year, just adjacent to the George Massey Tunnel, before opening officially in 2020. It is feared that this is a move that may draw customers away from existing Richmond casino River Rock, and this may well take money away from the area. If Gateway and Delta get the approval they seek, this could open the doors for other companies to do the same across British Columbia.