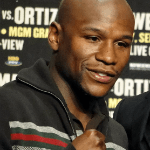 It’s hard to believe it was only last month that Canadian sports betters were being treated to a once in a generation spectacle.

The recent Mayweather vs. McGregor boxing match is already being hailed as the fight of the century — as well as one of the most heavily wagered sporting contests of all time. But while the brawl managed to live up to the hype for spectators, not everyone came out satisfied:

In the wake of broadcasting problems so severe that they delayed the opening bell, fans who ponied up as much as $100 to cable provider Showtime are now launching what might become a multi-million dollar lawsuit.

Showtime sued for breach of contract

Approximately five million fans and gamblers around the world paid for the PPV, making it one of the most watched PPV events of all time. However, while the technical difficulties that delayed the opening bell were mostly resolved, they were not entirely eliminated.

The PPV package was advertised as including the ability to livestream the event on mobile devices. However, numerous people found that this functionality failed to work even after the fight had begun. Some people adversely affected in this way ended up unable to view the fight at all. This has prompted some customers to sue for breach of contract:

“As a result of server failure or other technical failures on [Showtime’s] part,” Mallh and other subscribers “were unable to view substantial portions of the event, and some class members were unable to view the entire event,” an attorney for Victor Malh said in explaining the reason for the lawsuit.

Adding to the frustration was the fact that Showtime was very unresponsive to complaints of technical difficulties during the fight. Social media was awash with complains from angry customers showing images of blank screens or error messages when trying to access the livestream they had paid for.

Many are accusing the company of failing to take complaints seriously and being happy to simply pocket customer’s money and then walk away — a charge Showtime categorically denies:

“While we at Showtime received a very limited amount of complaints, we will issue a full refund to any customers who purchased the event directly from Showtime and were unable to receive the telecast,” said Chris DeBlasio, Showtime’s Senior VP of Sports Communications.

It’s unclear how long this litigation will last, or what the outcome will be. But much like the fight itself, a long slugfest is about to unfold.