After Honda Indy’s emotional start where Robert Wickens’s also dropped some hints about possibly owning his own team in the future, the event ends on an equally thrilling note. 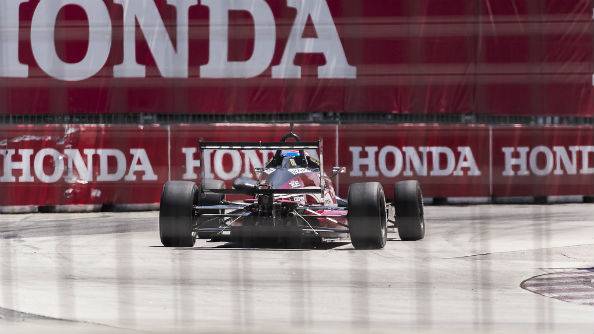 Toe to Toe with Dixon

The season has started off well for Simon Pagenaud, who was clearly a match for the Toronto’s infamous uneven road with hairpin bends. Age 35, Pagenaud is clearly still not ready to retire, proving that he is possibly in the best shape of his life.

It was, however, push and pull near the finish line, but Pagenaud managed not to break the concentration, withstanding the pressure from the defending champion Dixon.

At one point, Dixon even managed to cut into Pagenaud’s lead, who was struggling to bypass Tony Kanaan. The luck was clearly not on Dixon’s site, as he too lost valuable seconds behind Kanaan. In the last few laps, Dixon was breathing down Pagenaud’s neck heavily, but ironically, this year’s Indy 500 winner got his lucky break when his Penske teammate crashed in the last lap, causing a commotion and giving Pagenaud an advantage.

The heat from Dixon was more than welcome, as Pagenaud stated that he puts on his best performance under pressure. For him, it (the pressure) is a driving force more than anything else, and “there’s no other way to go”.

From the look of it, it was an easy ride for this French driver, who entered the race guns blazing, earning the pole on Saturday with the 58.4293 time.

Apart from Wickens’s parade lap with his fiancée on the passenger seat and his foretelling start command “Future drivers of mine, start your engines”, Honda Indy Toronto will also be remembered by an incident that took place after the practice laps on Saturday.

A scuffle between Takuma Sato and Sebastien Bourdais was caught on tape, capturing the moment when Bourdais pushed Sato away right after the Japanese driver confronted him about the pass in Practice 3. Sato later stated that the moment was “ridiculous”, and that Bourdais came “screaming out” squeezing Sato into the wall. “Then he kept going and nearly hit Newgarden on the exit of Turn 5”.

Dale Coyne Racing and Kevin Diamond managed to break the two apart and stop the incident from escalating.