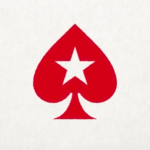 The Stars Group, the Toronto based online gameing company formerly known as the Amaya Gaming Corporation, launched its latest online casino game Stars Mega Spin, the company said in a statement to its corporate website.

The launch comes in the midst of a competition problem for the Stars Group. The company has decreased its focus on its flagship poker client in recent years in a bid to capture more of the online casino market, but the stiff competition from more well known and established operators has caused it to struggle with making the inroads it would like to see.

Increasing the number of games on offer in its casino in a bid to differentiate itself from the competition appears to be The Stars Group’s main strategy.

“Since its launch almost three years ago, PokerStars Casino has quickly grown its range of table games and slots, but we are particularly proud to offer our second in-house progressive million-dollar jackpot slots game to our customers,” said Bo Wänghammar, Managing Director of PokerStars Casino.

However, the company continues to suffer from differentiation problems none the less. For example, its recent Spin & Go innovation — which takes the traditional skill element out of poker in favor of a more high-variance slots experience — was only unique to their casino for a short while. After it proved popular, other more popular rooms quickly copied the format.

Reliance On Old Player Base

The Stars Group’s strategy relies heavily on moving the players on its flagship PokerStars brand over to its online casino games. This player base is currently allowing for the company to post impressive numbers, something Wänghammar was quick to note.

“We are the only online casino operator that is currently providing exclusive million dollar progressive jackpots using only its own customers,” he said.

However, it’s been widely reported that while current legacy players are currently enough to prop up the numbers, they hide the broader truth that attracting new players is problematic. For now, the Stars Group continues to hope that other operators won’t be using its online casino as a free way to test new products before launching more successful versions themselves.