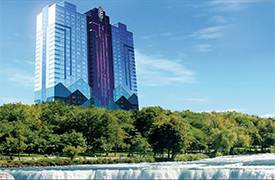 Remember Pasqua DiGianni, the woman who barred herself from a casino only to return two years later, which subsequently resulted in her arrest and a criminal charge?

No matter what your answer is, you’ll love this story.

More than two years ago, Pasqua DiGianni, a 69-year old resident of Woodbridge Ontario, visited Seneca Niagara Casino in Niagara Falls, hoping to win some cash. At first, it looked like Lady Luck was on her side, but she ended the night losing almost everything she won.

We can assume she was angry at herself when she decided to sign a piece of paper, barring herself from this casino.

These documents have become somewhat popular as a mean of dealing with problem gambling. But, in her case, this move backfired.

Back in April, DiGianni returned to Niagara Falls and went straight to Seneca Niagara Casino, spending more than $600 on a single slot machine, eventually winning a neat $1,400 jackpot.

Due to the agreement she had signed two years earlier, the casino management refused to give her the money, and even called the police, charging DiGianni with trespassing. The woman claimed she had been unaware the ban was in effect, and said no one at the casino had informed her of the ban until the moment she had wanted to claim her winnings.

The ordeal is coming to an end. Her case got adjourned and it will probably be dismissed, with one small condition. DiGianni will have to stay out of trouble for the next six months and especially avoid getting anywhere near the Seneca Niagara Casino in Niagara Falls.

She said she wanted to put an end to it, adding the whole experience encouraged her to completely give up gambling.