Soccer: Canada Knocked Out Of The 2019 Women’s World Cup

The 2019 Women’s World Cup will continue without the Great White North, after the country’s team was eliminated earlier this week.

Although Canada started off strong, the Swedish counterattack has shifted the balance and shattered the team’s defense, scoring the one and only winning goal.

Despite the team’s effort, Canada was unable to recover from Kosovare Asslani’s skillful maneuver that ultimately led to the 1-0 result. Stina Blackstenius was the one to score the first (and only) goal of the match, shooting the ball past Stephanie Labbe, Canada goalkeeper.

For Team Canada, the match seemed to have ended then and there, and after “a brilliant first half”, the players were no longer able to regroup and to strike back.

According to midfielder Sophie Schmidt, the team failed to create an opportunity for a score, and it was even more difficult to recuperate once team Sweden crushed their defense. Canada took the lost opportunities and the early WC elimination extremely hard and quite a few tears were shed at the Parc des Princes after the match.

The missed penalty shot awarded to Canada 20 minutes into the game was perhaps the biggest frustration of the match. Janine Beckie was no match for goalkeeper Hedvig Lindahl and the chance was lost.

Heiner-Moller, Canada Coach, expressed his disappointment with the result but not with the team’s performance, whose luck started to change after their encounter with team Netherlands. Prior to that, Canada had won 10 consecutive matches. 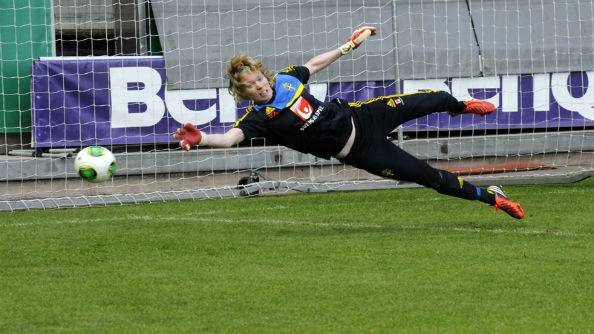 Sweden Retaliates for Losing the Algarve Cup in 2018

The Algarve Cup 2018 defeat was likely a strong driving force for Sweden, who took the upcoming match against Canada seriously. Peter Gerhardsson, Sweden Coach, jokingly admitted that he had been preparing by listening to Neil Young’s albums. Apparently, the unconventional strategy was successful, and Sweden got its overdue retaliation for the last year’s downfall.

Interestingly enough, Lindahl was able to stop the penalty shot back then as well, facing Captain Christine Sinclair opposite the goal. This is exactly what prompted Sinclair to ask Beckie if she would step in and take the shot. Beckie was up for the challenge, but sadly for Canada, so was Lindahl, who made an outstanding save and possibly determined the outcome of the game.

Germany is the next in line for Sweden, and the two teams will confront in the WC quarterfinals in Rennes this Saturday.