Home ❯ News ❯ Think Twice Before You Bar Yourself From a Casino

Think Twice Before You Bar Yourself From a Casino 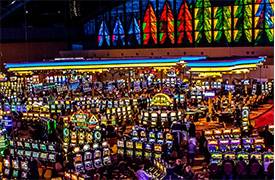 Barring yourself from a casino, voluntarily, has become one of the more popular ways to deal with excessive or problem gambling. But such decision could backfire if one is not persistent in staying away from gambling.

The story began two years ago, during DiGianni visit to Seneca Niagara Casino in Niagara Falls. The night started off rather nicely, with DiGianni winning a jackpot. Instead of leaving at that moment, she kept on playing until she lost almost everything she won.

We can presume she was angry as hell since she ended the night by signing a document, effectively barring herself from Seneca Niagara Casino.

Now we fast forward to 2017, when the woman, a resident of Woodbridge, Ontario, returned to Niagara Falls and decided to try out her luck at – you may guess – Seneca Niagara Casino.

Maybe she forgot what happened two years before, maybe she thought no one would check a little old lady, but she spent the day playing a single slot machine, eventually winning $1,400.

Not only did the casino management refuse to give her the money she won, but they called the local police and DiGianni was even charged with trespassing.

The woman argued she was unaware that ban was in effect, and also claimed she had come to Niagara Falls because she had received a letter from the casino.

According to her statement, there were no problems until she tried to collect her winnings. She added she would have left the premises if they had informed her the ban was still on.

She will appear in front of a court of law, where she’ll face trespassing charges. Hopefully, the judge will be more sympathetic than the casino people.