The ESPY Award (Excellence in Sports Performance and Achievements) ceremony held on July 10 was a day to remember for a young Canadian golfer Brooke Henderson (21), who went home with a new trophy to complete her (already substantial) collection.

Due to her outstanding performance at LPGA tours, Henderson was named the Best Female Golfer – an award that will certainly inspire her to deliver her best performance at the CP Women’s Open in August.

The award for the Best Male Golfer was claimed by Brooks Koepka, ranked 1st in the Official World Golf Ranking after winning CJ Cup in 2018. 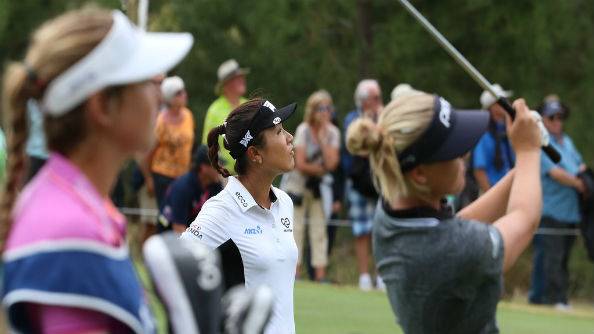 Henderson, ranked 8th in Women’s World Golf Rankings, is clearly no stranger to accolades and success, having won her first major at the tender age of 18 (KPMG Women’s PGA Championship). She already holds the title of a Canadian pro golfer with the highest number of wins this season, striking 9 LPGA tour wins and a total of 14 professional wins so far, including title defense at Lotte Championship in April 2019, and Meijer LPGA Classic in June.

Unfortunately, Henderson was unable to attend the ESPY ceremony due to her engagement at the Marathon Classic at Highland Meadows Golf Club in Ohio, but her Twitter post really says it all.

ESPY, or Excellence in Sports Performance Yearly Award, was established in 1993 as a form of the team and athletic achievement recognition. The ceremony was initially presented by ESPN (which now broadcast ESPYS as replays) and then switched to ABC TV network in 2015.

The award ceremony has a concept similar to Grammy or Emmy; the event is hosted by a noted celebrity and the program often includes comedic sketches, other celebrity guests, and, of course, the inevitable red-carpet coverage.

As of 2004, the winners are no longer selected only by the fans – distinctive sports figures also vote while the candidates themselves are shortlisted by the ESPY Select Nominating Committee.

Other recognizable names are: