The formation of new teams and the National Lacrosse League expansion draft that took place this Tuesday has cost Toronto Rock two forwards.

Lintner and McArdle were lost in the process, switching to Knighthawks and Riptide, respectively. Read on for more of this sports betting news story… 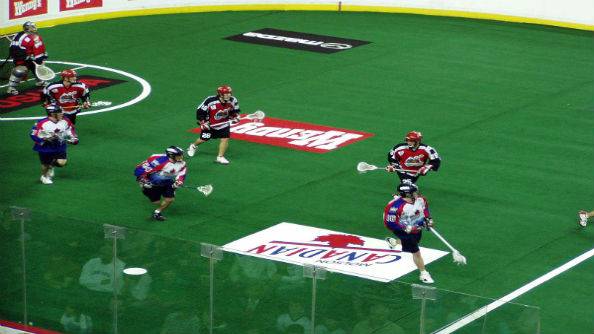 The Outcome Was Predicted

The results of the draft did not take Rock officials by surprise and losing Lintner and McArdle was expected. According to Jamie Dawick, the owner, General Manager, and President of Rock, even though the outcome of the draft was anticipated, they are still having a tough time accepting it. At the same time, Dawick is confident that the new environment will provide a great foundation for both forwards to grow and reach new career peaks.

Dan Lintner has switched to Rochester Knighthawks after the first pick in round six, and Kieran McArdle went to the New York Riptide in the next selection of the same round.

So far, Toronto Rock has lost four forwards; last year, Turner Evans was drafted for San Diego and Brett Hickey went to Philadelphia. With two more players out of the picture, the team is looking at some major restructuring and the organizational needs will be resolved with the help of the free agencies, NLL drafts, and trades. Until McArdle and Lintner are replaced, the five remaining forwards are under a lot of pressure to perform and make up for the weakened line of offense.

Toronto Rock is the first Canadian NLL franchise and a member of the Eastern National Lacrosse League Division, a professional North American box lacrosse league. The Rock is founded in 1998 under the name Ontario Raiders, 11 years after the league itself was officially inaugurated (NLL was founded in 1986 but the inauguration took place the following season).

At first, the team played at Copps Coliseum until it was sold and they relocated over to Toronto. The change of the name happened shortly after, and in 1999, the team started the season at Maple Leaf Garden as Toronto Rock.

In 2009, Jack Dawick purchased the team and assumed the role of a general manager in 2014. Rock’s home games are played at Scotiabank Arena, which the team shares with Toronto Maple Leafs and Toronto Raptors. In May 2011, the team won their 6th league championship and the currently hold a tie with Philadelphia Wings for most won championships in the history of the league.