UK To Implement Tax On No Deposit Bonuses 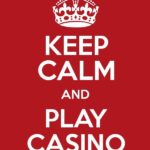 People in every country are used to politicians actively taxing anything good in the world, and unfortunately no deposit online casino bonuses seem to be the next victim of that unfortunate reality.

The UK government specifically – where many of the online casino’s offering games to Canadians operate from – is the culprit this time. Because after years of allowing no deposit bonuses to be offered tax free, new incoming legislation is set to change that.

Free Bets Will Now Be Taxed

In the past, no deposit bonuses were treated as “free bets.” Given the fact that there is zero money being wagered, the taxable amount was by extension, zero. Apparently this made too much sense, which is why it has now been changed.

The UK’s Remote Gaming Duty is the culprit in this round of government anti-logic, making the decision to subject freeplays to taxation as if money were being wagered. The supposed goal of this legislation is to close a perceived loophole where online casinos are offering wagers without being taxed on them.

Given the nonsensical nature of the logic being used however, there is speculation that this is nothing more than a legal shakedown by government looking to get more money out of a flourishing industry.

The new tax was originally scheduled to come into effect on August 1. However, due to imminent UK elections, the Remote Gaming Duty made the decision to indefinitely postpone its implementation.

However, this so-called delay is really a slight of hand trick by the tax man. To compensate for the potential revenue loss caused by political propriety, The Duty has made clear that whenever the change does take effect, the duties imposed will be backdated from August 1.

Canadian online casino players adversely affected by this change can take heart that the never-ending cat and mouse game between businesses and taxation will continue. Already, new bonuses are being developed – such as the idea of simply offering free games, with bonuses awarded as prizes.

Hopefully, this will be enough to stay out of the government crosshairs. But the more likely scenario is that the industry will be forced to continuously innovate