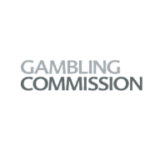 The United Kingdom Gambling Commission, the body responsible for providing guidance and oversight to leading online casino brands servicing the Canadian market such as Ladbrokes and 888 Casino, released a new strategy outlining an updated list of its industry priorities.

Because the UKGC carries considerable clout, it’s expected the things outlined in the support will have a large and immediate impact on both operators and players.

“This is an ambitious strategy to deliver fairer and safer gambling over the next three years. We can only be successful in this by engaging with consumers and by working closely with all our regulatory partners and the industry,” said UKGC Chair Bill Moyes in a statement outlining the major aspects of the new strategy.

The plan outlined by the UKGC highlights five key areas where it believes the industry should be placing its focus.

First, the interests of consumers must be safeguarded, including the guarantee of safe and fair games. Second is the imperative to prevent harm to online casino players, including better information about games and risk management.

Thirdly, the UKGC wants to see an industry wide effort to better customer service, specifically in the area of dispute and complaint resolution. Fourth, is the need to see more charitable causes being supported by the broader gaming industry. Finally, the Commission turned inward, stating that it needed an increased commitment to its own mission protecting player and public interests generally.

Taken together, the recommendations serve as a solid plan of action that should result in stronger protections for people both within the UK, as well as for players outside of the UK served by UK based companies.

“In the same way that this strategy challenges the industry, we also challenge ourselves – as the regulator – to deliver effective, targeted and innovative regulation. At the end of three years we expect to see an industry that strives continuously to raise their standards, treat customers fairly, and protect vulnerable people,” Moyes said.