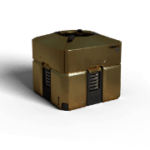 The United Kingdom Gambling Commission (UKGC), the governmental body charged with enforcing UK gambling laws, has released a statement laying out its thoughts on “lootboxing.”

The practice — by which non-gambling video games offer in-game products around which a secondary real-money black market crops up — is becoming increasingly prevalent, causing some to worry that the line between gaming and gambling is becoming too blurred.

The statement specifically focused on the concern that parents have regarding the potential impact of lootboxing on children.

“Their main concern is whether there is a product out there that could present a risk to their children. We are concerned with the growth in examples where the line between video gaming and gambling is becoming increasingly blurred,” UKGC Executive Director Tim Miller said.

When Is The Line Crossed?

In explaining its thinking on lootboxing, the UKGC explained that its role is to apply the definition of gambling as laid out by Parliament. Under its interpretation of that definition, games where there is no native, in-game functionality for players to be rewarded with cash prizes are not considered gambling.

“A key factor in deciding if that line has been crossed is whether in-game items acquired ‘via a game of chance’ can be considered money or money’s worth. In practical terms this means that where in-game items obtained via loot boxes are confined for use within the game and cannot be cashed out it is unlikely to be caught as a licensable gambling activity,” it said.

Because lootboxing does not involve any in-game functionality to exchange prizes for cash, the Commission ultimately believes it cannot be classified gambling under UK law as currently written.

While the UKGC appears unwilling to act right now, it’s also clear when reading between the lines of the statement that it clearly sympathizes with the concerns of parents that at a minimum, video game companies are turning a blind eye to a backdoor way for their games to be more enticing to children.

In closing, the statement all but tells the public that they should be contacting Parliament to reevaluate the implications of this practice and ultimately do what needs to be done to protect children.

“Where a product does not meet that test to be classed as gambling but could potentially cause harm to children, parents will undoubtedly expect proper protections to be put in place by those that create, sell and regulate those products,” Miller said.