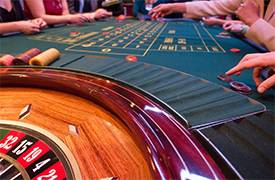 The US commercial casinos have recorded a 4.4% increase in revenue with GGR (gross gaming revenue) of more than $3.4 billion in August this year, according to statistical data from the University of Nevada Center for Gaming Research.

Even though these figures display a decline in comparison to July’s $3.675 billion, the data demonstrates that the commercial casinos in the US have presented more than $28 billion from the beginning of the year until August 31, which reflects a substantial rise over exactly the same period in 2016, which was 16.63%.

Thanks to the ongoing success of MGM National Harbor Casino, Maryland has recorded the most prominent jump for even 32.4%, which is followed by Nevada up 15%, and Kansas up 11%. On the other hand, West Virginia saw the largest decline, where the consequences of the new casinos in Maryland, forced gross gaming revenue to drop 6%, and in Louisiana 4%. In addition, Nevada accounted for 29% to the nationwide win with the exhibition boxing match between UFC’s Conor Gregor and Floyd Mayweather that happened in 26 August, which alone earned $70 million of legal bets.

As reported by the American Gaming Association (AGA), the casino industry supports around 635,000 tribal gaming jobs and boasts an economic influence of almost $97 billion.

The CEO and president of the AGA, Geoff Freeman said: “Casino gaming is a strong community partner throughout Oklahoma and across the 40 states where our industry operates. As tribal and commercial operators continue to work together, our industry will continue to grow in the years to come.”

Spectrum Gaming Group researchers deduced that the gaming far-reaching impact is reflected in markets all over the US, but has more prominent effects in smaller communities, where local businesses strive to consolidate with gaming enterprise.