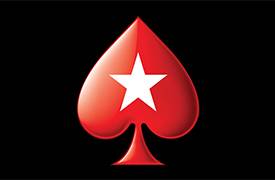 PokerStars is one of the biggest names in the industry, so it comes as no surprise that their new brand ambassador is one of most respected athletes of all time.

The biggest online poker site proudly announced the latest partnership with the fastest man on the planet.

You’ve guessed it, it’s Jamaican sprinter, Usain Bolt, eight-time Olympic gold medal winner and the reigning champion in three disciplines. Bolt is considered to be the greatest sprinter of all time, while his 100-metre record of 9.58, set back in 2009, still remains unbeaten.

His attitude and energy will be a valuable asset for the Isle of Man-based brand.

A Great Addition to the Team

Bolt expressed his satisfaction with the latest partnership, emphasizing fun, social and competitive aspect of the game. He added he was pleased to have the opportunity to introduce poker to his fans and to people around the globe.

Bolt, who is also a big Manchester United fan, will join American actor and comedian Kevin Hart, another PokerStars brand ambassador, to represent the company in advertising campaigns and other promotional activities.

Eric Hollreiser, vice-president of corporate communications at PokerStars, said the arrival of the famous Jamaican sprinter will help the company in introducing poker in a fun and social way. He added it was a great honour to have Usain Bolt on board and was looking forward to working with him.

Hollreiser commended Bolt’s winning personality and once again stated his presence would help the brand.

Founded in 2001, PokerStars is an online poker cardroom, owned by Canadian Amaya Inc. The company offers a large number of poker variants, available across all platforms.

Today, PokerStars is the largest online poker site in the world, dominating the market, with over 15,000 players playing cash games on a daily level.