Vancouver Casino Could Also Have Been Touched By Money Laundering

Money laundering has been a long-running issue that has plagued British Columbia for several years now. And with every passing week, we are discovering just how bad the extent of this money laundering actually is. Earlier this year news broke that former diplomat John Peter Bell had been caught up in money laundering activity in the Macau scandal that rocked the Canadian casino industry.

This was followed up by the President himself even getting involved in the issue! Then, even more recently, a story broke about how Senator Larry Campbell had sat on the board of Great Canadian Gaming who owned some of the casinos where laundering took place. This led to worries about a conflict of interest and calls for Sen. Campbell to step down from his position immediately. Of course, we are still waiting to see what happens in this regard.

Well, now it seems as though we are discovery more layers in the money laundering arena. And we have a recent report about the Hard Rock Casino in Vancouver has also been a site of suspected money laundering. It is believed that high rollers were arriving at the casino with huge wads of cash, and very little by way of documentation to prove where the funds had come from. This is the sort of activity that always seems suspicious, and this is what raised alarm bells. 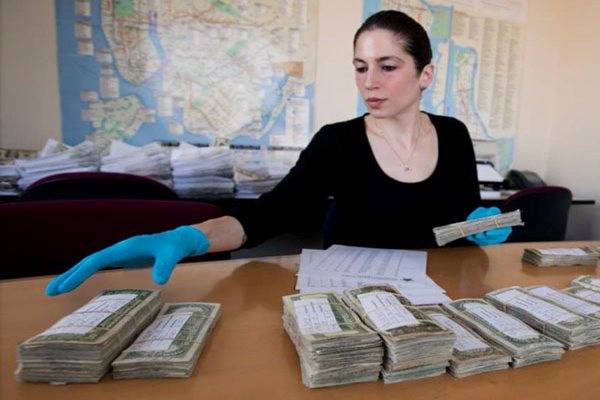 The casino, based in Coquitlam, accepted more than C$2.5 million in cash transactions over the course of 2016-17. To be fair, this is a relatively small amount when compared with the C$13.5 million in transactions accepted by River Rock Casino in Richmond, one of the sites of large-scale money laundering, over just one month back in 2015. Nevertheless, it is enough to have attracted attention, and reports from the Gaming Policy and Enforcement Branch Compliance Division detail the questionable goings-on at Hard Rock.

Criminals attempting to clean their laundered money through casinos is nothing new, and this is something that has been going on for a good many years across the country. It also led to changes occurring in January of this year, that stipulated that gamblers with cash would be refused entry to the casino unless they could prove where their money came from.

It has been a tough year for Hard Rock Casino in Coquitlam, as news of this development follows workers strikes and the casinos finding itself behind picket lines as recently as May of this year. Having just sorted out the issue of strikes, the casino now must contend with financial investigations into potential money laundering. This is not something the casino would have anticipated, but it does set an example to others across the province.

Canada is cutting down on attempted money laundering in a big way, and there are measures in place to prevent criminals from tarnishing these casinos with their activity. Let’s hope that this brings a swift end to the money laundering problems that have seemed to plague B.C. for many years now.