We all know that Gateway Casinos ranks as one of the biggest names in the Canadian gambling market. There are a lot of things that the company has done over the last year to cement its place as one of the most important and influential casino companies in the country. There is no doubting it has been a year of highs and lows for Gateway as the company looks to expand its empire across Canada.

Over the last few months Gateway has had to deal with a lot of different incidents and developments, some good and some bad. They have been embroiled in a battle against unions, and employees caught up in strike action, and this has had a detrimental effect on operations across the country. However, having said that, the company has seen a lot of growth and casino developments in the past year. One of the biggest of these being a $57 million investment and redevelopment in Edmonton.

Now, Gateway is back in the news for eyeing another potential casino development to grow their empire, this time located at Wasaga Beach. There was a toss up between this location and Collingwood when the idea was first floated. But it seems that the shores of Georgian Bay have the perfect allure for everything Gateway wants to achieve. And Brian Smith, Mayor of Wasaga Beach revealed how closely the two sides had been working to achieve this, “Our team… has worked diligently with Gateway for the last four or five months to ensure Wasaga Beach was chosen for a casino.” 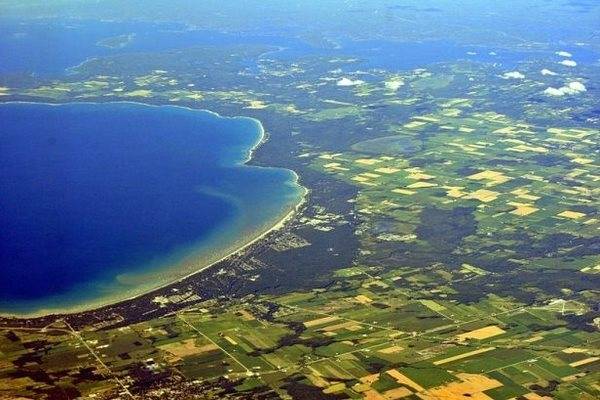 The 45-thousand square-foot facility will create around 400 new jobs and is expected to bring in around $2 million annually for the town. However, there are some people who worry about the enormity of the project, and how much space will be required. Indeed, there will be a meeting between Gateway and the town in order to discuss the development process and when it may occur.

There is no question that Wasaga Beach will benefit from the casino and entertainment complex, and it could well work wonders for tourism. It’s just that it is an idyllic coastal setting, and some residents, understandably, feel a casino would constitute a bit of an eyesore.

Known for its beautiful waterfront, Wasaga Beach is one of the most popular tourist destinations in Ontario, and many believe the new casino and entertainment project will improve the area even more. It is perhaps the coastal location that was the decisive factor here in helping the area beat competition from Collingwood to become the area of choice for Gateway.

Discussions continue to be underway in order to prepare for the development. And Gateway is going to be making a decision soon about where exactly the development will take place. Apparently, there are around 5 different locations across Wasaga Beach that would be suitable. It now seems simply a case of making the right choice.