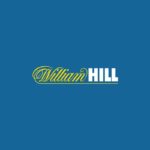 William Hill released its financial results for the first half of 2017, and the results have industry analysts both scratching their heads and a little bit worried. Although the company reported an increase in revenue, its overall profit after taxes actually decreased from the same period last year.

A Tale of Two Accounting Figures

The good news for William Hill is that its total revenue increased to £837m between the start of 2017 and June 27, which gives the company a 3% increase in revenues from the same period last year. Online revenues (including non-casino offerings such as sports betting) increased even more, rising 5% to £290m, with online casino gaming alone seeing a 10% bump to £151m:

However, this good news was severely damped, if not entirely overshadowed, by the fact that William Hill’s profit actually dropped during this same period, down to £129.5m.

Philip Bowcock, William Hill’s CEO, was quick to point out some of the more positive aspects of the report that he believes mitigate the effect of the overall numbers.

For starters, he stressed the significance of an overall year-on-year revenues (including sports betting) increase in H1 of this year when last year’s H1 included increased sports wagers due to soccer’s European Championship. Secondly, he stated that a combination of “market efficiencies” and decreased spending are expected to save the company £40m in H2 of this year.

And finally, Bowcock stated the company would be rolling out a number of new marketing initiatives in H2 of this year as well that are expected to increase profits. He teased deals with media outlets, as well as a renewed focus on capturing younger audiences through better use of social media.

Little Cause For Concern

Although it’s always news when a large bookmaker like William Hill has a decrease in year-over-year profits, the company remains one of the strongest global online casino brands in the world. Its strong revenues are proof positive that it’s ability to woo online casino players remains strong.

Bottom line, there’s little doubt that it will continue going strong, and this decrease will be quickly forgotten.