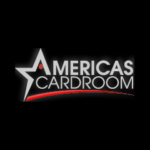 For Canadian online casino and poker players, this has made it a popular destination. The US is home to a large pool of online players who are significantly less skilled than their Canadian counterparts — allowing Canucks to have the run of the tables.

However, WPN has recently been hit by a series of massive DDoS attacks that have forced the cancellation of huge tournament events, and even threatened the health of the site itself.

The most recent attack came during WPN’s “Bigger Online Super Series” (BOSS) online poker tournament promotion. All in all, there were an astounding 26 DDoS attacks in just three days, enough to completely overwhelm the WPN and force the cancellation of BOSS.

But that’s not even the most interesting part of the story. Although WPN has been intermittently hit by DDoS attacks going as far back as 2014, it has never been willing to pay a ransom to make the attacks stop. While online casinos are no stranger to extortion tactics, it seems odd that a site consistently unwilling to pay out would continue to be such a huge target.

WPN CEO Phil Nagy was wondering just this aloud during a recent Twitch broadcast when something incredible happened — someone claiming to be a hacker said they were being paid by a rival site to carry out the attack.

Of course, the hacker failed to mention which site that might be.

WPN may offer a reward for information

The claim of deliberate tampering by a rival site is being taken very seriously by Nagy. So seriously in fact, that he hasn’t ruled out the possibility of offering a reward for proof that another site was deliberately targeting the network.

For now, he hasn’t quite done that. But he has asked the community to keep its eyes and ears open in the hopes the social pressure alone will have a deterrent effect:

“I want to make it public, so you know someone is fucking with your poker. Keep your eyes and ears open. Maybe that will be enough pressure to make it stop,” he said.

In addition, Nagy also announced WPN will be performing technology and server upgrades to try and minimize the effectiveness of such attacks moving forward.