News broke back in June of Winnipeg native Larry Leadbeater scooping a cool C$1 million on the lottery. You might have been expecting to hear about Larry’s impending spending spree, but, it seems that the winner has only recently actually made the claim for his winnings. Bucking every trend in the book, Leadbeater actually put his ticket in a safety deposit box following his win, and waited several weeks before actually claiming.

Reports surfaced just a few days ago of Leadbeater claiming his life-changing winnings, and it seems as though he already has some idea in mind of what to use it for! Indeed, it seems that Larry has earmarked at least some of the funds for renovating his home, and possibly purchasing a vehicle. Leadbeater claimed that he never expected to scoop the winning sum, and that everything felt a little bit surreal. 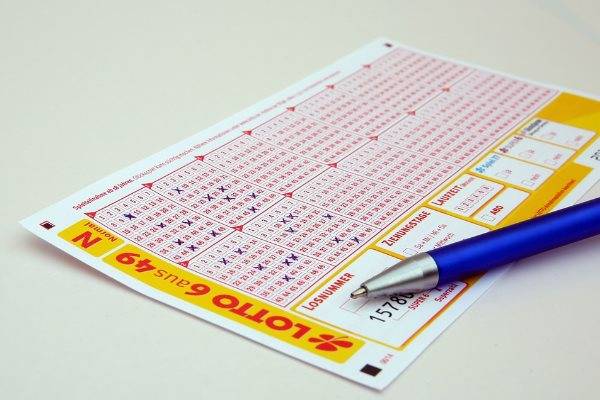 Mostly we hear of millionaires being made via online casinos, and popular slots games. In fact, there was news a few weeks back of popular game provider NetEnt – a huge player in Canada – making 3 millionaires in a single month! Victories like Larry’s do happen, but they are normally via online gaming. In fact, an C$8 million prize was won on popular Canadian slot Mega Moolah just a month ago, and signs indicated that a Canadian could have won the prize.

Leadbeater is thought to have purchased his winning ticket at a gas station in St. Vital, and it won him one of that week’s 52 Lotto Max Maxmillions. Whether this generates more interest in lotteries across the country remains to be seen, but Leadbeater is not the first winner from Winnipeg to claim big on the lottery. In fact, he’s not even the first to wait a while before scooping his prize either!

Back in 2016, Winnipeg resident Roland Tessier won C$1 million on the lottery, and he too made the decision to wait before his claim. There was also a case of a man from B.C. who claimed just 5 days before the deadline, and a Vancouver man waiting until just days before the deadline to claim a C$50 million win! So what is it that makes people wait before claiming these prizes that so many of us would be racing to claim?

There are a number of potential reasons behind this, with Ontario Lottery and Gaming Corporation representative Tony Bitonti suggesting that this was so players would ensure they used the money more wisely. He went on to further comment that some winners want to talk to financial advisers, family members, and lawyers so they can decide what to do with their winnings.

Winnipeg, it seems, is blessed on the lottery this year, as the Western Canada Lotteries Corporation has reported another winning ticket of C$1 million, and has urged the winner to come forward. Following Leadbeater’s win, and numerous others across the years, it seems like Winnipeg is the place to be for lottery players. We wonder whether the identity of the newest lucky millionaire might be uncovered in the next few days, or perhaps, like Larry Leadbeater, they are sitting on their winning ticket for just a little bit longer.