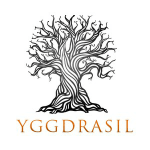 Yggdrasil, one of the world’s leading developers of online slots and progressives, will be branching out its efforts to include virtual tables games, the company said in a statement released to its corporate website.

The announcement comes on the heels of what was a banner 2017 for the company, which saw it break out of the lower ranks and join the big leagues of developers that players turn to for new and exciting experiences.

Living up to its reputation and the hope of players all around the world, Yggdrasil has already made clear that it intends to hit the market with innovations right from the get go.

Speaking about the upcoming move to a broader horizon, company officials were quick to highlight the decision came after identifying a market for change and new experiences for players — and believing that they are the ones that will be able to deliver it.

“Our table games provision, starting with blackjack, is set to break new ground in online casino gaming,” said Yggdrasil CPO Krzystof Opalka. “The table games vertical has been fairly static in recent years, but our product’s combination of social interaction and high-end playability is unlike any other currently on the market.”

While the company is yet to reveal the details of its plans for innovating in the table games space, Opalka did tease the possibility that a fundamental shift in the gameplay of many beloved classic gambling games could be coming down the pipe in the near future.

“It won’t just be a single player trying to beat the house, but instead thousands of real players from all over the world, who are all able to join the game simultaneously with the aim of hitting big hands and bigger wins,” he said.

Analysts are not surprised that Yggdrasil has decided to branch out. The company has been building momentum for several years, and 2017 finally put it over the top.

Well known with Canadian players for providing some of the best online slots and progressive around — including Empire Fortune, Jungle Books, and Valley of the Gods — there’s little wonder that the anticipation to play its games is already high.