The renowned developer of online casino games Yggdrasil Gaming has been very busy these days and has now proudly announced that two fresh releases have been added to its extensive offering.

The first new video slot brings together casino excitement and horse racing, representing a new chapter in the partnership between Yggdrasil and Swedish operator ATG. According to available information, the new game will for now be exclusively available to ATG, whose new casino offering went live in January following the re-regulation of the market in Sweden.

Named Racing Lovers, the newly-launched game will see players battle for the championship trophy, while at the same time offering them the chance to scoop huge prizes. Punters can look forward to an immersive gaming experience with plenty of action from the very first moment the reels start spinning.

And while they hunt for the trophy, several exciting and potentially lucrative features will further add to the excitement. The things start to get more interesting when high-paying symbols, such as four stallions, appear on the reel, with a fantastic Pick & Click Bonus feature offering more excitement.

This feature is triggered when three or more Free Spins, which has unique features on offer, hidden under 13 ridings caps. All players need to do is to choose a cap, and if they make the right choice, they can win additional Free Spins, multipliers, Wild symbols, while at the same time increasing their chances of winning huge big.

Commenting on the launch of the new game, Natalya Ovchinnikova, Product Owner Slots at Yggdrasil, said: Racing Lovers combined classic slot game gameplay that players loved with the exciting and popular sport of horse racing, offering a thrilling and unique experience for a variety of player types.

The second new launch is a mystical adventure titled Sahara Nights, which draws its inspiration from the famous Stories from 1,001 Nights. 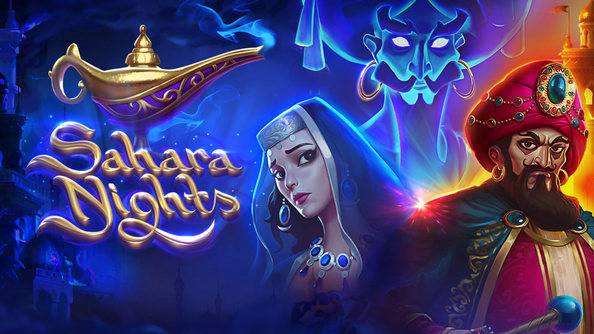 As its name suggests, players can look forward to an enchanting game filled with wonders, magic lams and dangerous adversaries. The magic lamp will turn into a genie right there on the reels, giving players the chance to scoop handsome prizes.

Be on a lookout for the symbols featuring the Sultan, as five of a kind across a pay-line award a win worth 165 times the original stake!

Landing three lamps or two storybooks on the reels at the same time will trigger the game’s Free Spins bonus round, with up to 15 spins up for grabs! During this feature, the expanding sticky Wilds will come into play. All three middle reels can expand, which can result in awesome wins.

Speaking about this game, Natalya Ovchinnikova said Sahara Nights would not disappoint all those who liked high variance. She pointed out the new release was one of the company’s most fun-filled, magical slots to date.

Both these games will come complete with the collection of Yggdrasil Gaming’s in-game promotional tools, BOOST.

The new arrivals hit the market only a couple of weeks after the launch of the second titled from the YGS Masters program, titled Nikola Tesla’s Incredible Machine.