Prepare For Ferocious Animals to the Reels in New Slot Game

One of the biggest names when it comes to developing high-quality video slots, Yggdrasil Gaming has announced it has added a brand-new game to its extensive offering of releases.

Titled Untamed Wilds, the fresh release will take players on an unforgettable adventure set in the remote Nordic outback. A difficult task lies ahead, as punters need to show their skill and tame a pack of feral beasts and grab handsome wins as a reward for doing so. 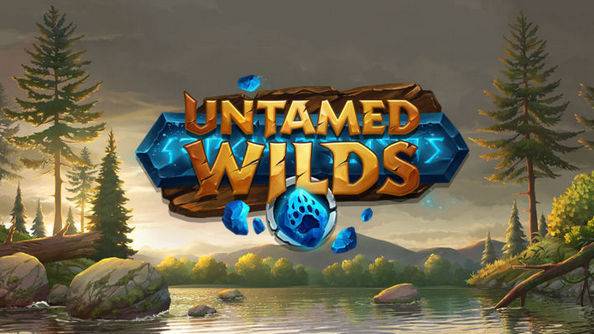 Get Ready for an Epic Adventure

Be sure to expect an adventure you’ve never seen before, as Untamed Wilds is a game like no other you’ve had the chance to play so far. This perilous quest will see player battle Sweden’s elements, as they travel across three alternating zones. Misty forests, icy rives and rough mountains await the bravest among punters who’ll need to be on a lookout for these valuable creatures, each one with a unique habitat.

The excitement begins as soon as the reels start spinning, and the game itself makes sure players are never bored – after being in one zone for a while, players will be automatically taken to a new one.

Once players meet face to face with a wild beast, they’ll need to keep their wits about them. Don’t make any sudden movements, especially near such dangerous beasts as bears. Their claws, sharp as razors, can swipe at the reels, resulting in extra Wild symbols and increasing the chances for a big payout.

Watch out for the Moose, as he can tear into trees and reveal multipliers. The Wolf can summon a member of his pack, revealing a duplicate Wild symbol on the screen. This significantly increases the chance to form a winning combination and grab a win.

Since this thrilling journey will take you to the Nordics, expect to see the mesmerizing Northern Lights, one of the most dazzling natural phenomena. Land a minimum of three Scatter symbols anywhere on the reels and dusk will descend to reveal a beautiful night sky. This also increases the chances of spotting more of these amazing beasts and increases the potential for heftier prizes as well.

Commenting on the launch of the new game, Jonas Strandman, Senior Product Strategist at Yggdrasil Gaming pointed out that as a Swede, the game was very close to his heart. He added players were sure to enjoy a perfect blend of tranquillity by being close to nature combined with the raw power of the Nordic wilderness.

Strandman stated the new game was a high-quality product that they had developed for their valued partner and that they believed would be a big hit.

Untamed Wilds will be available with the collection of in-game promotional tools, BOOST.

Yggdrasil Gaming has recently launched a number of new games recently, including the new Wild Robo Factory slot, which hit the market only a couple of days after the company signed a new partnership agreement with the Czech operator Tipsport. Under the provisions of the new deal, the customers in this European country, which launched regulated online gaming for its residents two years ago, will gain access to Yggdrasil’s extensive portfolio of high-quality titles.