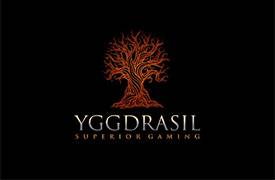 The Maltese developer Yggdrasil Gaming has released the results for the first quarter of the year which show the company has made a positive start to 2017.

One of the leading names in the business, renowned for the quality of the content it provides to operators worldwide, recorded an increase in revenue of staggering 134% in comparison with the same period of 2016.

Frederik Elmqvist, Chief Executive Officer of Yggdrasil, said the 2017 results were incredible and described the first three months of the year as extremely busy and productive. He added the achieved results were beyond the expectations and stated he was expecting the growth to continue.

The number of player transactions climbed to $108.7 million, which is an excellent year-on-year increase, while 52.3% of all gross game win came via mobile gaming.

Changes in Organisation Proved to Be Effective

At the beginning of the year, certain managerial changes took place, but only to ensure that set foundation would match Yggdrasil’s ambitious plans. These changes occurred on both ordering and supplier side of the company’s operations and it seems they were the right moves, made at the right time.

One of the major events in the first quarter was the launch of the new Yggdrasil Dragons platform, which was announced as a ground-breaking means to offer the company’s technical framework and licensing infrastructure to interested parties.

In February, Yggdrasil launched the new Fusion Realms game mechanic, along with three new titles. One of the highlights of the Q1 was certainly the signing of 10 new license agreements, including the new deals with William Hill and Bwin, with the letter becoming Yggdrasil’s first partner on the Italian market.