At online casinos in Canada, branded games are among the most popular options. Yggdrasil Gaming is a fast-rising games developer but doesn’t have a branded game yet. Later this year, that will change completely. Yggdrasil Gaming has announced a partnership with the action sports group Nitro Circus. The partnership grants Yggdrasil exclusive global rights to make a Nitro Circus slot game. The slot game will be released in line with Nitro Circus’ special upcoming tour. It will be available to all of the top Yggdrasil casinos in Canada, such as the 222 free spin-offering LeoVegas. 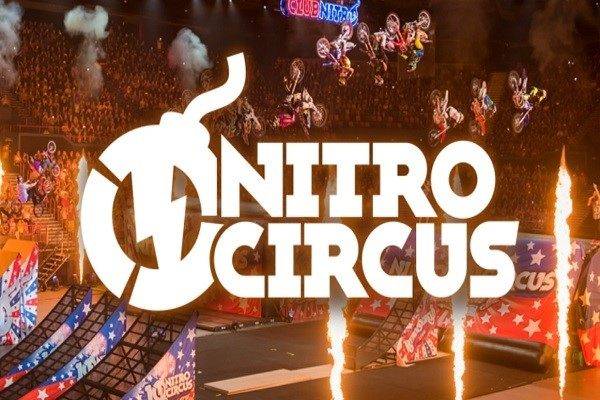 Players across Canada love the inventive games that Yggdrasil has created so far. Now, they have the chance to grow their fan base even further with their first ever branded game. Nitro Circus is the largest action sports entertainment brand in the world. So, the new slot should please existing online casino fans and draw more in. The Nitro Circus slot game will be released alongside their new tour. The You Got This tour will take to Europe from November to December. The Yggdrasil slot game could be the biggest release of the winter. The partnership unites two young brands which seek to innovate. Fredrik Elmqvist, the Yggdrasil Gaming CEO, says that Nitro Circus is the perfect partner. They aim to bring the high-octane action of the brand to casino players. On top of this, the groundbreaking new game should merge two great fan bases. For those that don’t know, Nitro Circus specializes in extreme sports. Their shows at their events include many sports. These range from FMX to BMX, skateboarding, inline, scooter and contraptions. It’s a brand that’s recognized across Europe and North America. In fact, among other dates, they’ll tour to Lethbridge, Alberta on May 27.

A fine addition to the gaming world

Yggdrasil Gaming continues to innovate to make its way to the top. Their exciting and original games, like Chibeasties 2, never fail to entertain. But going for a branded sports game is a wise choice. All the top developers make branded games. At the best Microgaming casinos, you can find popular branded games like Jurassic World and Playboy Gold. At the best NetEnt casinos, you can also find very popular branded games like Planet of the Apes. This partnership is a benchmark in Yggdrasil Gaming’s development. They’re already very popular in Canada. Making a branded Nitro Circus game will increase their popularity a great deal. Get your free spins to play on great Yggdrasil games at Rizk and Mr Green today!   Nitro Circus: http://www.nitrocircusslot.com/video/reel.mp4 Yggdrasil Gaming: https://yggdrasilgaming.com/news/nitro_circus/ iGaming Business: http://www.igamingbusiness.com/press/yggdrasil-partners-nitro-circus Gaming Intelligence: http://www.gamingintelligence.com/games/47366-yggdrasil-partners-nitro-circus-for-first-branded-slot-game Nitro Circus: http://nitrocircus.com/tour-info/nitro-circus-set-to-rock-north-america-in-2018/