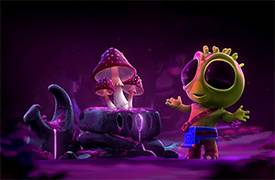 After the huge success of the Chibeasties slot, Yggdrasil Gaming has recently launched its sequel called Chibeasties 2.

Players will once again enjoy the adventures of the cute forest critters in this five-reel video slot with 20 paylines, that features four game modes set in four different realms.

But the game’s most lucrative feature is the Wild Mutation. After a Wild performs the selected feature, it can mutate into a Combo Wild, while the mutation itself will apply to all Wilds involved in the original feature.

During the Main game, the mutations will occur randomly, but when the Free Spins feature is active all Wilds that land on the reels will mutate into Combo Wilds. The game offers up to 30 Free Spins, with the possibility to retrigger the feature.

Jonas Strandman, Head of Gaming at Yggdrasil said the game offered a completely new functionality when compared to the original, while the new features had given the game a great long-lasting appeal.

Strandman added the four Wild feature would enable players to find their favorite game mode. He recommended the game to all those who love seeing Wilds filling the screen, but also to everyone who enjoys an action-packed title with lots of opportunities to win big.

Chibeasties 2 is based on iSENSE 2.0, Yggdrasil’s in-house developed HTML5 cross-channel platform, which offers the same quality of the gaming experience, no matter whether you play the game on desktop or mobile devices.