Khabib Nurmagomedov a.k.a “The Eagle” 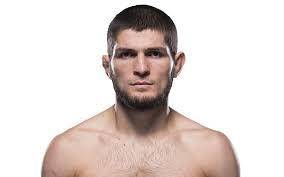 Khabib excels when he brings the fight to the ground and is widely regarded as the best grappler in MMA. Once Khabib wins a takedown and gains control of an opponent he is unbeatable. Khabib will dominate opponents by repeatedly pounding them into the floor and wearing them down. Since turning pro in 2008, the 29 year old has been on a remarkable run. The Russian’s 26-0 record speaks for itself. Since joining the UFC, Khabibs fights have tended to run long but this speaks well to his strength and stamina. Listed as 155 lbs and 177 cm, Khabib holds a slight height advantage over McGregor. The bout will mark the Russian’s first lightweight title defence. It will also be a true test of skill for the Russian, as McGregor easily becomes the most acclaimed fighter Khabib has faced in his career to date. Look for Khabib to stick to his strengths and gameplan to keep the fight on the ground in order to prolong the match and outlast his opponent.

Conor McGregor a.k.a. “The Notorious” 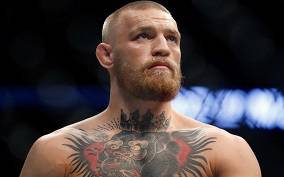 Listed as 175 cm and 155 lbs, the dynamic Irishman sports a pro record of 21-3. Of those 21 victories all but three have come by way of KO/ TKO. He is the premiere standup fighter in MMA which gives him an advantage early on in matches and is an elite and precise striker. McGregor is a southpaw albeit an unorthodox one as he often varies his stance during fights. McGregor tends to finish his opponents in the early rounds but he is known to tire as fights drag on. Conor’s glaring weakness is on the ground as all three of his losses have come by way of submission. Expect McGregor to keep Nurmagomedov off balance by relentlessly striking at him early and often in attempt to KO the Russian within 2 rounds.

The current line on both Unibet and Betsafe have Khabib as the favourite at -167 and McGregor as the underdog at +135. Sportsbooks have set Khabib as the clear favourite for good reason. Khabib is seen as the more well rounded fighter; he is relentless at pursuing and winning takedowns and oddsmakers are betting that his patient, relentless approach will get the better of McGregor. The stoic Russian has not been fazed by McGregor’s mental warfare and intimidation. He is totally focused. On the other hand, McGregor is returning to MMA after a nearly 2 years absence filled with drama while Khabib is undefeated. When betting on the outcome, the smart money is on Khabib. However, when looking for value, McGregor should not be dismissed out of hand. [wcms_widget widgetid=’76974′]

If McGregor had not taken a prolonged leave from MMA it is reasonable to assume that the opening lines would be much closer than they currently stand. In fact, McGregor may have even been listed as the favourite. His standing attack is far better than Khabib and he  still possesses a capable wrestling/ grappling game. That being said, for fans convinced that a victory is in the cards for “The Notorious”, strategy dictates to place bets on the match outcome early at good value, as McGregor’s antics typically sway the line in is his favour as fight dates draw nearer. Similarly, those convinced of a win for Nurmagomedov may want to wait until closer to fight night to try and catch better odds.

Prop bets abound for the fight. There is some value to be had by choosing Mcgregor to win by KO (+175 at Betsafe and Unibet, +188 at William Hill) but the better odds for McGregor are found when looking at the prop bets for winning round. Unibet has a line of +450, +700, and +1200 for McGregor to close the fight in round 1, 2, or 3 respectively. If you believe the Irishman can close the fight early, these must well-rounded. For bets on Khabib, you can find some value on fight length and method. If you believe Khabib will prevail by submission William Hill currently lists a line of +300 while Betsafe has +260 odds for the fight to go the distance.

Ever since the now-famous April 2018 altercation in Brooklyn in which Conor Mcgregor assaulted a bus carrying Khabib occurred, the bad blood, and verbal jabs between the two men have been growing. When Khabib meets McGregor at UFC 229 in October, Nurmagomedov will try to prove that he deserves to stand alone as champion of the division and will finally receive the opportunity to settle his score with Conor on the UFC floor. McGregor however, will return to UFC to prove that the title of king of the lightweight class still belongs to him.

Do not be swayed by the pre-match hype. Both fighters will be competitive but In this classic battle of fighting styles, bet on Khabib to outlast McGregor and defend his title by way of submission in 3 or more rounds. [wcms_widget widgetid=’76976′]